FREE WORLDWIDE SHIPPING ON ORDERS OVER $35

We’ve got some awesome game animals here in North America. These are the ones every hunter deserves to go after.

Hunting is our passion. From small game to huge beasts, as long as it tastes good and is in season, no game animals are off limits. And if you’re lucky enough to live somewhere in North America, then you’ve got a variety of animals to choose from.

Here are 12 game animals all North American hunters should try to harvest at least once in their lifetime. 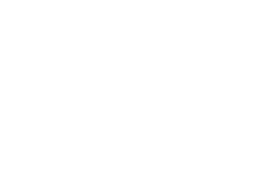 Buck Knives has six employees who all have at least 40 years of service,…

Due to their environment, caribou hunting is an experience like no other. The tundra is cold, vast, and majestic and creates a hunting adventure you’ll remember for the rest of your life. The animals, sometimes called reindeer when they’re domesticated, are massive and bulls typically weigh about 400 pounds.

Boar hunting isn’t for the weak of heart. These game animals are large, powerful, and have tusks that can do serious damage. They don’t go down easy, so make sure your first shot is a kill shot, or you may find yourself scrambling for cover. Often hunted with dogs, there are plenty of places in North America where the wild boar population is out of control and no limit is set on the harvest. Native hunting goes on a wild twist when you’re after wild boar.

Rock mountain elk hunting is one of the ultimate North American hunting experiences. They live in forest and mountainous areas, and there is not one place to elk hunt that doesn’t provide gorgeous scenery. One of the largest game animals on the continent, they can weigh up to 700 pounds.

Hunting a cat is quite an experience and not an easy one by any means. Mountain lions are stealthy and spend much of their time sneaking up on prey. Although you don’t have to hunt with hounds, most recommend it (Washington and Oregon don’t allow hounds though, so check the regulations before you head out). Actually, if you don’t live in cougar country, it’s probably best to hunt with a guide. Not only to they know the terrain, they have experience hunting cats and your success rate vastly improves.

Turkey hunting is not like hunting other game birds. It takes time and skill to be a successful turkey hunter, and if you want to harvest a bird, you must learn to use a turkey call effectively. You’ve also got to learn to woo the bird. You’ve got to get him to come to you, and entice him with your hen like call. And once he does come to you, you’ll have Thanksgiving dinner in the bag.

Grizzly bears are larger and more aggressive then black bears and males can weigh nearly 800 pounds. An adult grizzly can easily take down an elk or moose, but one of their favorite meals is salmon. Because of this, they are often found around rivers, lakes, and coastal areas, especially during spawning season. Although the grizzly is protected in some areas, hunting is permitted in others, such as Alaska and parts of Canada.

There are mixed emotions about hunting the Gray Wolf in North America. In areas of Canada and Alaska, the wolf population is exploding, and it has the potential to impair the caribou, elk, and moose population. In these areas, hunting is permitted and some places don’t have a tag limit. Yet in the Great Lakes region of the U.S., Gray Wolf hunting has recently been banned, as the animals are again protected.

Typically found in Canada and the northern U.S., moose are the largest animal in the deer family and can reach almost seven feet tall at the shoulder and weigh as much as 1,500 pounds. Moose hunting can give the North American hunter a different experience, as unlike deer and elk, moose do not form herds and are typically a rather solitary animal. Although the animals are slow moving, they can become aggressive, especially during breeding season.

Although most people refer to the Pronghorn as an antelope, it is not. It has its own taxonomic family, Antilocapridae, and is just as closely related to goats as it is to antelopes. Pronghorns are the fastest animal in the western hemisphere and can reach speeds of up to 55 mph. Over distance, this beast can even outrun a cheetah, sustaining 35 mph for at least four miles. They range from Canada through Texas and into northern Mexico and have the longest land migration in the U.S.

Not your typical farm sheep, bighorn sheep can weigh as much as 500 pounds, with their horns alone weighing as much as 30 pounds. They range from southern Canada to Mexico. One subspecies of the bighorn stays in the desert landscape of the American southwest, while the other subspecies tends to reside in mountainous areas. Because of their short body stature, snow is difficult to navigate and the sheep stay on steep slopes to avoid it.

A close cousin to the buffalo of the wild west, bison are the largest land animal found in North America. Once nearly hunted to extinction, these game animals have repopulated and are completely off the Protected Species list. Bison are unpredictable and can attack with little or no warning. Weighing 2,000 pounds and being able to run at speeds up to 30 mph, you best have good aim while bison hunting.

Last, but certainly not least on our list of game animals every North American should harvest, is the whitetail deer. Found almost everywhere east of the Rocky Mountains, and some places west of them, whitetail deer are the North American hunter’s favorite harvest. With solid racks on the bucks and with weights as high as 300 pounds, these animals fill a lot of freezers across the continent.

No matter what you like to hunt, if you’re a North American hunter, all of these game animals should find their way to your bucket list.